Skip to main content Skip to job search
No going back: We're reimagining our world of work. Colleagues who were office-based can now ‘locate for their day’. Meet at a 'hub' office, work from home or somewhere else. The choice is yours! Find out more >

Our Architects inform which new technologies we adopt, keep our systems robust and agile, and make sure we stay aligned to industry best practice. We're looking for highly motivated individuals with strong skillsets who are excited by change and ready to roll up their sleeves to tackle the challenges it brings.

There is 1 vacancy in Architecture

Our Architects are integral to our transformation plans and their scope is wide, spanning Data, Infrastructure, Applications and Security. They are responsible for the design and build of complex structures that the growth, stability and success of our Society depends on. It's business critical work in a growing team that suits ambitious, curious people who are keen to make an impact. 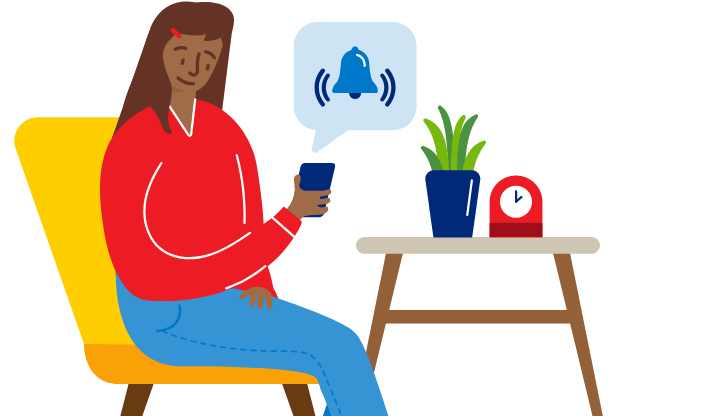 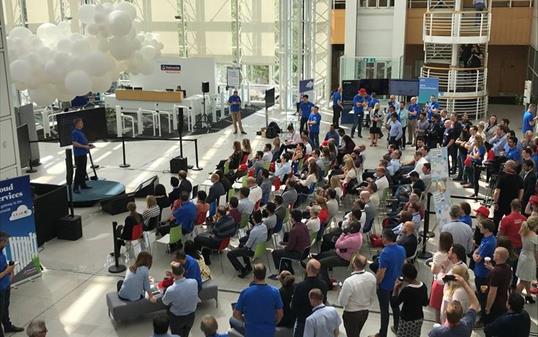 Our CTO Gary Delooze is rightly excited by the opportunities and challenges posed by Nationwide going Cloud native.

“We get to work on some phenomenal projects that tackle properly thorny problems. What this means for our people is intellectual stretch along with the very latest tools. I’m really proud of how our tech teams have stepped up to the challenges of Cloud adoption and are already evolving with the freedom we’re giving them to fail and grow. Combine that with a hefty dose of cross collaboration, and the very best of Nationwide that we all know, i.e. the integrity and social purpose, and it’s no wonder there’s a growing appetite to join us on this journey.”

Two of our Senior Architects give their view

“As Principal Architect for Cloud, I lead the architecture and strategy for Cloud across the society, through the Centres of Excellence and CTO. This is an exciting role as I have had the opportunity to shape and influence the direction of the Society in Cloud adoption, pushing forward a greater level of ambition to increase safe consumption of Cloud services and technologies.

Building a Cloud architecture team by bringing in specialists and colleagues with a real enthusiasm and passion for Cloud and Digital technologies has been really rewarding. And the creation of a Cloud Centre of Excellence, fully supported by executive level sponsors, has generated real excitement and passion.

We are exploring some really interesting technologies and working with strategic partners with enormous experience in Cloud and digital transformation. It is a unique position within our industry, and a great place to be working at a time of change and innovation.”

“As a Senior Architect in the Cloud domain, I lead on the architectural direction and engineering delivery for a number of areas, including Azure, Guardrails for SaaS and Multi-Cloud reference architecture.

I am like the glue between the various architectural domains, delivery, business and engineering functions. Often, I sit in a product owner space, as well as driving sensible architectural decisions and artefacts.

In Cloud Architecture, we take a proactive, build, test, learn, grow mentality, focusing on product/service driven solutions to deliver tangible benefits, and favour a Kanban approach to working through them.

The best thing about my job is the variety and exposure to bleeding edge capabilities, whether this is working out how we move to OpenShift v4, aligning our API and Microservices delivery to support multi-Cloud applications, looking at cross platform load balancing as a service or taking our teams on the journey from old world fortress mentality to new world.”

Let’s get into the detail. What does this mean in terms of our tools, methods and actual projects?

Combining the logical with the emotional

Rowena is Head of Architecture Operations & Development at Nationwide. She joined the Society 31 years ago as part of the graduate scheme, working in Retail and Direct Sales, before joining IT as a retail expert in 1994. More recently, she set up the Programme (Solution) Architecture team at Nationwide. Having supported many of her colleagues as they transitioned to leadership roles, she shares her thoughts on mentoring, and her top 5 tips for women considering STEM careers.

What makes a good mentor?

At University, Rowena studied Geography, which she describes as the ideal blend of logic and creativity - much like her current role which combines logical thinking and innovation with a love of people leadership.

Mentoring allows Rowena to ask the questions others - including the colleague’s line manager- may find hard. In doing so, she believes it can help force the individual to get to the root of an issue.

Rowena:
"I’ve been told I have an ability to see patterns in what they’ve done before, which can help them forge a new perspective. It’s about combining the logical with the emotional.”

“ I worked in Rowena’s team for 18 months and observed first-hand how she successfully led in a male-dominated area. I knew I could learn a lot from her, so I approached her to be my mentor.”
Mei, Senior Enterprise Architect

Since joining Nationwide, Rowena has mentored many women, a total of 10 in the last few years. This is usually as they consider the transition from a senior role to a leadership role.  Mentees are either 'matched' to her via recommendations from others across the business, or via HR if they’re believed to be a good match:

Rowena:
“I enjoy mentoring because I’m fascinated by people, their journey and their aspirations, and also because I think it’s important to give back- lots of people were instrumental in helping me to learn about myself and the organisation."

“ Rowena has a fantastic ability to listen, ask astute questions and provide thought provoking insight, whilst at the same time leaving you feeling the accountability and ownership for your own development. She is first rate at coaching and has helped to draw things out of me that I hadn’t considered previously. ”
Claire, Head of Sales and Service Simplification

Rowena:
“Having been on the journey myself I can help individuals make the jump. There can sometimes be a tendency for females to think they’re not quite good enough, or we’ll lack of self-belief. Sometimes the women I mentor will even ‘catastrophise’ their minor failures.”

“ I found Rowena’s help invaluable when I returned from Mat Leave after my second baby. I only took a four-month maternity leave, and the number of comments I had about only choosing to take '5 minutes off' made me feel like I couldn’t tell people that I was actually finding balancing the lack of sleep from a baby who fed three times a night with work pretty tough."
Lara, Head of Treasury Modelling

1. Be more open minded and curious.

Behind the big banners e.g: ‘financial services’ there’s actually an enormous variety of creative and logical IT careers that aren’t ‘geeky’.

2. If you’re unsure what to do after school or University, follow your passion.

Looking back I wouldn’t change my degree to do a typically ‘STEM’ degree. You can still secure a STEM career even without being certain you’ll end up there. Geography was good as it was broad mix of analysis, creativity and logic.

3. Good qualifications can open up a world of opportunities.

Hiring managers shouldn’t only look for typical STEM careers. What’s important is the high end logic that can be transferred into a role.

4. Take time to understand what it is you’re looking for in a career.

I now know what the key attributes a role needs to offer to be right for me; I need to feel part of a team to share collaborative energy. There have been points during my career where I felt ‘I must be rubbish’ but that was before I learned that I wasn’t going to be good at every role, and some may not be a great fit for me.

Sometimes it can be healthy to step into a job where you don’t know it all, as it could lead to some of your biggest learnings: don’t be afraid of failure.

“Since I have been seeing Rowena, I have really changed my approach. Rather than plan to do something in 5 years’ time, Rowena has helped me to understand that there is nothing stopping me from achieving those goals today – except my own limiting beliefs.”
Lisa, Operational Performance Lead

Kafka: The big impact of a small evolution

We had a goal to deliver change for NBS, related to open banking regulations, which was hard to achieve using traditional architectures. Scaling some of our back-end systems can be slow and expensive so we needed to meet those regulatory pressures more cost effectively. At the same time, I was seeing lots of demand from different areas of Architecture and Engineering for a rethink around how we build applications and how we make best use of our data.

One key concern across the business was: how can we get more value from our data, for example, how do we give useful and timely insights to people using our applications?

Our core systems such as SAP can make it difficult to use the data they hold in new ways. In the past we’ve loaded data into analytical engines – great for running big analytical workloads and producing reports about what we think our customers are doing, but not great for channel applications. Enter Kafka. It’s such a hot technology right now that IBM recently said they’ve never seen such a quick uptake; especially interesting given that the world of finance tends to be a slow adopter.

First, a bit of background: what is Kafka?

A lot of people are familiar with messaging systems, for example we have web-based protocols where a browser sends a request to a server. If that message is lost, you just retry the request. Other messaging systems are designed for data that you can't afford to lose. These  are usally based around queuing mechanisms where messages are sent via a queue that decouples the sender and receiver and stores those messages on disk in case the sender or receiver temporarily disappears.

However, traditional queuing systems weren’t designed to store lots of data for long periods, they were created in case of temporary outages. Kafka changes that by both storing every message on disk and allowing the long-term storage of those messages.

So as a sender I can say, ‘something interesting has happened: a customer has just applied for a mortgage but then they decided not to proceed with it’. With Kafka, that information can be stored, and anybody can come along later and pull it back. The same goes for any data as far back as you want to go, so new insights are continually possible. Also, multiple consumers can be added as and when you want, so at the outset you don't have decide who might be using it.

Kafka was invented by Jay Kreps and some of his colleagues while they were at LinkedIn as a way of quickly working out who you might be interested in connecting with. They needed a technology that could deal with the trillions of messages processed every day and give you real-time suggestions of information. He came to Nationwide recently to give a keynote presentation on a Speedlayer project.