Skip to main content Skip to job search
No going back: We're reimagining our world of work. Colleagues who were office-based can now ‘locate for their day’. Meet at a 'hub' office, work from home or somewhere else. Find out more >

Be the face and voice of our Society

We want to help our 15 million members in the way that's easiest for them, whether that’s in-person, over the phone, via digital channels or using video technology. However they choose to contact us, there'll be a friendly human at the ready.

We started with mortgages but now offer a range of financial products and services. You could work in an advisory role helping our customers choose what's right for them, a support role answering their questions, or maybe managing the team is right for you? Take a look. 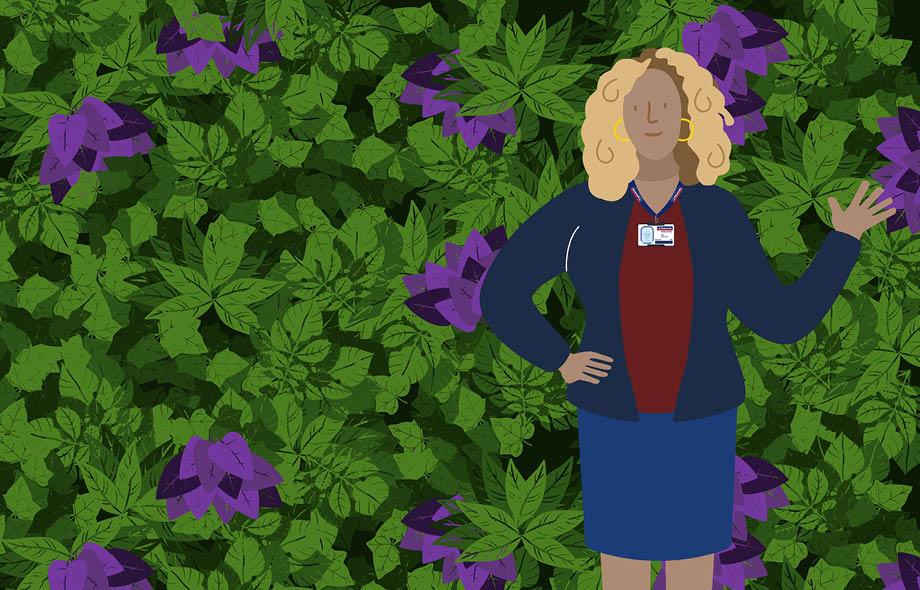 Aisha is one of our youngest senior managers. She won the prestigious WeAreTheCity Rising Star award in 2020 and is honoured to be a role model to women and women of colour in pushing the boundaries and showcasing their value.

Shape the way we work

Help our members find the right mortgage for them by offering advice, support and expertise.

Be the friendly face that greets our customers when they visit one of our branches.

Take responsibility for everything from people development to customer satisfaction.

Supporting our members, and each other

Find out more
Investing in our branches Thirty Years & Thriving 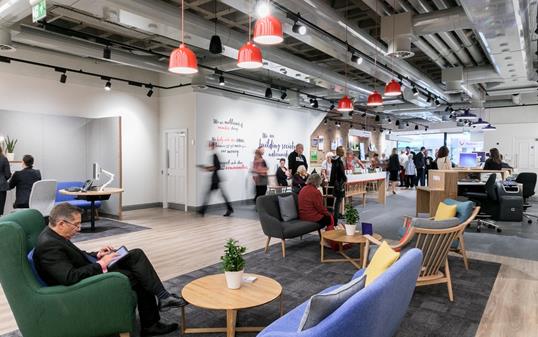 It’s estimated that 10,000 shops will close in 2019, according to the Centre of Retail Research, with much emphasis put on the decline in footfall resulting from the shift to online retail.

However, we believe more should be done to serve and empower communities - as a result we're investing in branches as well as the latest technology, enabling our members to benefit from both digital convenience and a human touch. Today we are committing not to leave any town or city in which Nationwide is currently based without a branch for at least two years.

“Healthy high streets are vital in keeping local communities alive. They are a major part of our history and identity - a space where we come together. We need to rediscover the sense of belonging that has served communities for centuries and as businesses we need to open out doors to people and not just customers. It’s not good enough that we succumb to the perceived inevitable and watch our local shopping centres fade away. We owe it to our communities to make ourselves relevant again,” 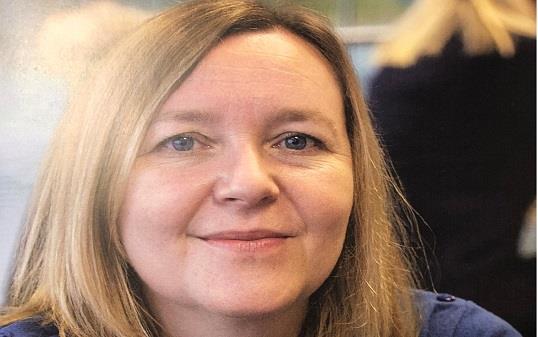 Meet one of our Managers celebrating 30 Years at Nationwide

Lynsay is one of the Banking Team Managers based in our Swindon Contact Centre. She’s in charge of a team of consultants who support members over the phone with banking queries.
Lynsay’s recently celebrated 30 years’ service at Nationwide, so we caught up with her to discuss her career milestone.

What do you do?

“I ensure my team are fully trained and performing at their best, providing legendary service. I coach, support, guide them and part of my role is to have in-depth knowledge of our products and services to support my colleagues and members. I find my job challenging but extremely rewarding”.

"Nationwide has the best people to work with. I’ve met so many people over the years and have made lifelong friends. I like my job as it’s never the same, I’ve been here many years  but it’s forever evolving, and no two days are the same”.

Where did your Nationwide career start?

“I started my career in the Regent Street Branch in Swindon supporting members. I then moved to Index who were based with Swindon Technology Centre.  I moved to Nationwide House in 1993 where I was involved in the launch of InvestDirect and worked on the new accounts team, during this time I also worked in TESSA (tax-exempt special savings accounts). I moved to the Contact Centre in 1996 where I’ve been ever since”.

How has the Society changed over the 30 years?

“It’s changed so much, when I started people could smoke at their desks, can you imagine that now? We’ve grown massively in 30 years. I remember InvestDirect being the ‘account to have’ as it was different, and it was postal. That seems so outdated now in a world where people want things instantly. I remember customers calling us for a balance in the 90’s, and with one central system  in the whole of the call centre, we would queue up in turn to use it! Now we have all systems on PCs  and have two monitors which seems so different”.

Why  have you chosen to stay with Nationwide for so long?

“I joined at 16 and can’t imagine working anywhere else now, it’s part of my life. I met my husband at Nationwide, the company supported me when I lost my Mum in 1996 and I also felt supported throughout changes in my life, such as starting a family. I’ve found Nationwide to be so flexible and supportive”.

How did you celebrate your 30 years’ service?

“Due to the current pandemic, many colleagues are working from home. I wanted to see all my old colleagues so invited them to a Teams meeting on the day for 15 minutes, it was lovely to see all their faces and I did a quiz on 1990 and me! My manager, who was in the office, bought cake and flowers which was lovely”.

How  do you feel about this milestone?

“I remember being 18 and a colleague celebrated a significant milestone. Up to then I’d never thought about it and then remember thinking ‘oh my god I’ll never make 20 years let alone 30’. It just seemed so long away but here we are, and I can’t tell you where the time has gone. I’m proud of myself and I’ve learnt a lot throughout my time and hope to be here for many years to come too”.